OUR SHOWROOM IS NOW OPEN by appointment only Contact Us

Presented here are 100 well-known, popular, traditional Scottish dance tunes, ideally suited to ceilidh dancing and pub sessions. Included are reels, jigs, hornpipes, marches, waltzes, slip jigs and schottisches. They range from very easy to extremely difficult. However, the majority of the tunes are well within the grasp of the average player.

I’ve kept the tune classification and time signatures as simple as possible particularly in the reels category. Some musicians, I’m sure, would want to write some of the tunes in 2/4 time and class some as polkas, country dances or flirtations. I myself had the idea of splitting the reels into single reels and double reels. Single reels having fewer notes per bar than double reels or, looking at it another way, single reels are easier tunes than double reels. However, when it came to deciding whether reels were double or single, there was a certain amount of ambiguity as to which category some tunes should be placed. Therefore I decided to put all the reels into one category roughly in order of difficulty and I leave it up to the individual to decide where the line is drawn.

Regarding the tunes in 6/8 time, I’ve classed them all as jigs, I felt that classification to single and double was even more difficult than with the reels but I have made some effort to place the singles on earlier pages than the doubles. However, I have to say, most of the tunes are very ambiguous. I feel certain that many musicians will class some of these jigs (The Hills of Glenorchy, Atholl Highlanders and The Jig of Slurs) as 6/8 marches and they would be correct in doing so.

I can well imagine some people commenting that certain tunes aren’t Scottish, they are English or Irish. This is true but it’s really the ceilidh that’s Scottish, not particularly the tunes. I feel confident that the majority of these tunes were/are in the repertoire of Jimmy Shand and other great players of Scottish traditional music.
You can learn these tunes exactly as written and be confident of having accurate versions that blend perfectly with those of other players. However, I consider it unwise to learn a tune from only one source and I would suggest strongly that, when learning a new tune, you pay heed to other books, recordings, and live performances.
Books will only help you to learn the notes of a tune. To pick up the rhythm of Scottish traditional music you must devote a large amount of time listening to both recordings and live musicians. Of greatest importance, you must practice; the value of this book is directly proportional to the number of hours a day you spend practicing.
To help those whose music reading skills only extends as far as finding the notes, a separate, optional CD has been produced (DMPCD1103), so you can familiarise yourself with a tune before learning it.

72nd's Farewell to Aberdeen, The
Aiken Drum
Atholl Highlanders
Babes in the Wood
Back of Bennachie, The
Banks of Allan, The
Barren Rocks of Aden, The
Blackthorn Stick, The
Bluebell Polka, The
Bonny Dundee
Bottom of the Punchbowl, The
Boys of Bluehill, The
Braes o’ Mar, The
Bratach Bhana
Breakdown, The
Bumper at Parting, A
Circassian Circle
Cock o’ the North
Come Let Us Dance and Sing
Corn Riggs
Cumberland Reel, The
Dashing White Sergeant, The
Davy Davy Knick Knack
De'il Amang the Tailors, The
Drops of Brandy
Drumdelgie
Duke of Perth, The
East Neuk of Fife
Fairy Dance, The
Farewell to Whisky
Flowers of Edinburgh
Green Grow the Rashes
Greenholm
Harmonica, The

Off to California
Orange and Blue, The
Orkney Rope Waltz, The
Over the Hills and Far Away
Peat Fire Flame
Pet of the Pipers, The
Petronella
Quaker’s Wife, The
Road and the Miles to Dundee
Roaring Jelly
Rose Tree, The
Roxburgh Castle
Russe, La
Scotland the Brave
Shaalds o’ Foula, The
Soldiers' Joy
Speed the Plough
Spey in Spate, The
Staten Island
Stool of Repentance, The
Tempest, The
Terribus
Teviot Bridge
Thistle of Scotland, The
Timor the Tartar
Ton, The
Triumph, The
We’re No’ Awa’ Tae Bide Awa’
Westering Home
Wha Saw the Forty Twa
White Cockade, The
Ye Banks and Braes 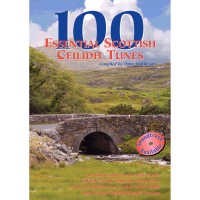 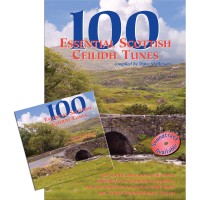