The Irish Concertina Book and Soundtrack CD Supplied as a package

Many people buy or acquire an Anglo concertina and find that it is less intuitive to play than it first appears.

What is needed, instead, is a systematic approach and, at last, here it is.

You don't have to play specifically Irish music to utilize this style; the system employed is one of the most efficient ways of exploiting the peculiar nuances of this instrument and can be applied to any genre.

Keys are tackled in order of difficulty and all types of tune - including slow airs - are tackled. A decent selection of tunes is included.

The book contains 17 photographs and numerous illustrations and diagrams; 14 reels, 20 jigs, 10 hornpipes, and 12 miscellaneous tunes, (56 in total, many with chords), rudiments of music, list of dealers, extensive bibliography and discography and a chord chart. The optional tape contains extracts from each chapter on side A and a selection of the tunes from the book on side B.

As an active song club organizer for many years before moving to Devon in 1983, Mick Bramich's connections with traditional music go back to the heyday of its revival in the mid-sixties. He comes from the Birmingham area where he trained as a toolmaker and later as a teacher.

He is known as a singer and guitar player to many older hands on the folk club circuit but has been an enthusiast of the Anglo concertina since about 1979. His style of playing developed independently and it was by accident that he discovered he was playing in what is loosely termed the 'Irish' way. This tutor combines his teaching skills with an inherent love for the material being taught. 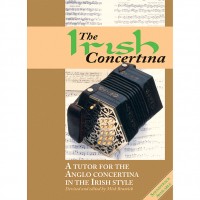 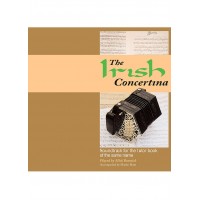 The Irish Concertina CDby Mick Bramich Many people buy or acquire an Anglo concertina and find that ..